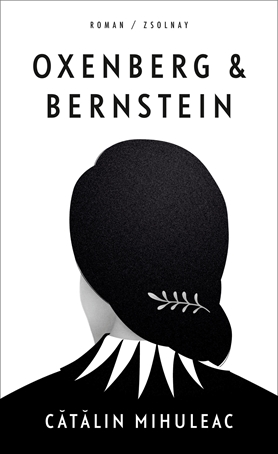 Nominated for the Leipziger Buchmesse Award 2018

»An analysis of history you will never forget: not only does it portray the colossal crime in the example of a largely unknown pogrom with a clarity only the greatest have ever given us before – Primo Levi, Imre Kértesz, Jean Améry, Robert Antelme; it also sketches an angry picture of Romania after the revolution of 1989, and of all the social and commercial peculiarities in the ensuing decades.«   - Andreas Platthaus, FAZ

»You won’t read a better book this year. Everything is absolutely true – every person, every sentence, every word. Cătălin Mihuleac has written a masterpiece.«  -  Gabriel Rath, Presse am Sonntag

The wealthy American Dora Bernstein and her fifty-year-old son Ben visit Iaşi in northeastern Romania. A young woman, Suzy, shows them the city sights. A little later, Ben proposes to her. They marry, but instead of going to parties in Washington, Suzy begins to take a closer interest in the story of her new family and that of her old home town. In doing so, she comes across a girl who arrived in Vienna in autumn 1947 at the age of 17. She was the only member of a reputable and wealthy family who managed to survive the pogrom, deportations and the Holocaust in her hometown of Iaşi. In Vienna’s Rothschild hospital, she found shelter and proved to be a skilled seamstress. And there she met a GI who courted her.
This carefully constructed novel presents a major new storyteller.

»People can’t pack their home countries into a suitcase. But a little piece always ends up in their luggage.«