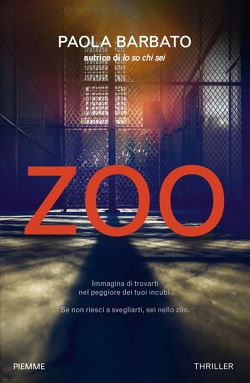 Imagine waking up from a dreamless sleep and finding yourself on a cold, hard surface, wearing yesterday’s clothes, and with no recall of the last few hours. Darkness engulfs you but slowly your eyes begin to adjust. You can just make out steel bars on your left. Just a nightmare, no doubt.
Soon you’ll wake up between the soft sheets of your own bed, and everything will go back to normal. But not for Anna, because in her case the bars, the warehouse full of identical cages with other people inside – it’s all real. Thus begins her fight against her abductors, whoever they are. But it’s a desperate struggle, because Anna’s only weapons are her rage and the nakedness that little by little she is forced into. She has no other way to fight an opponent who holds all the cards – a man she has never seen but whose presence is felt in every each of that horrifying place, night and day.
Surrounded by other prisoners, each one different from the other – some driven mad by the grim game, others now subservient to an unknown he who will slowly emerge from the shadows – Anna will have to make a choice. Whether to keep playing the game or to just give up and die.

The second novel of the trilogy by Paola Barbato continues with I’m Coming to get you/Vengo a prenderti (June 2020). 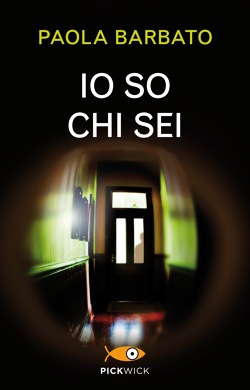