Things to do in Frankfurt when you are dead 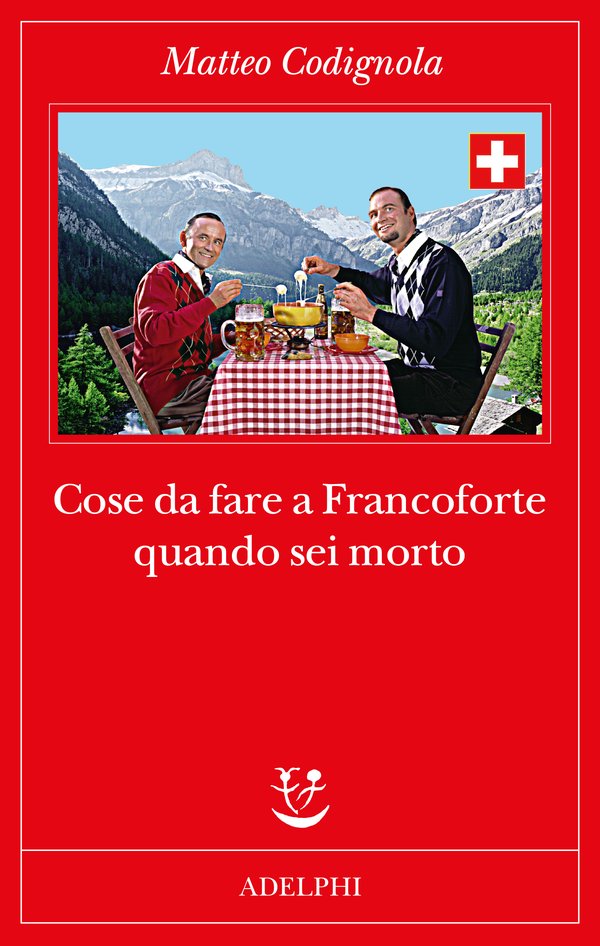 Things to do in Frankfurt when you are dead

The Frankfurt Fair is often described – or rather, imagined – as a kind of vaguely esoteric moving festival where glasses clink and sheets rustle while very smart ladies and gentlemen decide what the public should read and – most importantly – buy over the next twelve months.
As a representation, it is not completely removed from the truth; however, if you really want to get a more convincing picture of this weird job and of its most garrulous ritual, you need what is known in military slang as boots on the ground. And boots are exactly what the narrator wears on his way from Milan, otherwise he wouldn’t survive the seven hours of hot phone calls his travelling companion, a photographer with a unique perversion for portraying nothing but writers, fills every minute of their journey. He also keeps his boots firmly on throughout the whole Buchmesse, which turns out to be even more hectic than usual, as the hunt for an unlikely bestseller intersects with the disturbing appearance of an agent who should no longer be of this world – unless the whole circus has secretly shifted to the other world. There’s not much to add to a book that is just a comedy – except for a warning: any reference to real-life persons or events is by no means coincidental.