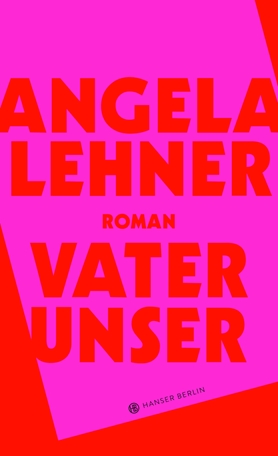 "The reader are left with their own misconstructions: a little disturbed, a little baffled and quite impressed." - SZ

She knows everything, gets whatever she wants and sees through everyone she meets. Except herself. She is a mental patient beyond comparison – hilarious and highly manipulative.

Here, in the psychiatric ward of an old Viennese hospital, was where the police brought Eva. And now she is telling chief psychiatrist Dr. Korb why it was inevitable. She tells him about her childhood in a staunchly Catholic village in southern Austria. And about her family life with her parents and younger brother Bernhard, whom she has to save at all costs. Her father is the only one whom she does not speak of well: in fact, she wants to kill him. At least that is what she says. Because sometimes it’s hard for the reader to tell the difference between the truth and her lies.

In her brilliant debut, Angela Lehner has created a highly unreliable first-person narrator – a scheming know-it-all, perhaps even homicidal. More than once, the reader faces the disturbing question: Who is this person and what is she up to?