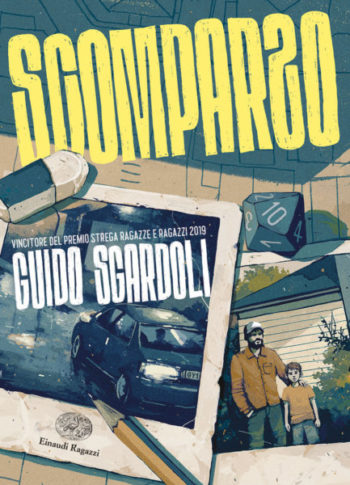 What lies behind Adam’s amnesia?

When all the evidence seems to condemn the suspect, an incredible revelation will overturn the entire perspective, and the truth will appear behind a series of Chinese boxes. An intricate murder case solved by a young boy with a passion for role-playing games.

«Guido Sgardoli, winner of the Premio Strega Ragazze e Ragazzi and known for his excellent plots, has now written an exciting and fast-paced crime story. He immediately takes the reader to the scene of the crime, to the corpse of the former chief of police Tony Malden and to a boy who was found quite nearby in an obvious state of confusion. All that the investigators can learn from him is his name, Adam. The rest is a mystery. But there is one particular person whom Adam encountered before the crime occurred: Jupiter. This socially awkward eleven-yearold boy plays computer games with a passion and has extraordinary powers of concentration. While the police have no further leads, Jupiter continues to develop a special computer game that is the key to finding out what happened. The truth emerges from clouded memories, a story full of pain and violence. This new knowledge leads the head inspector to see the case with different eyes»