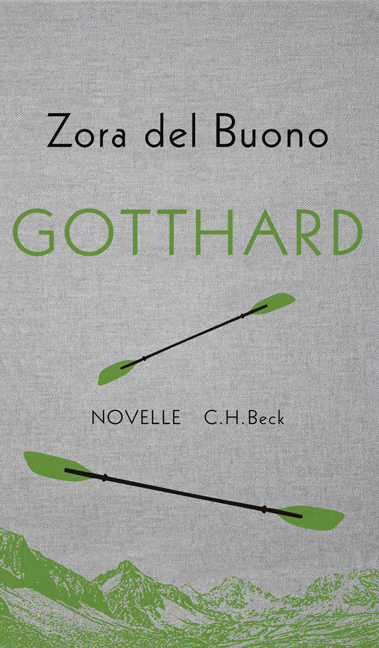 “A great book, skilled and perfect in every line […]. Del Buono commands a voice so precise it turns into poetry.” Richard Kämmerlings, Die Welt

“Into this exciting description of the fascinating world of tunnel constructors, accurate as a documentary, Zora del Buono spins a tale with a dark plot.” Eva Pfister, Lesart, Heft 3 / 2015

Dark and funny, sensual and witty: Zora del Buono’s novella is set in the Swiss Alps, at a construction site at Gotthard Road Tunnel. The atmosphere is literally hot and there is a skeleton in the backyard.

There is an ageing but still attractive, eccentric lady named Dora Polli-Müller with her tomboyish daughter Flavia. Then there is Robert Filz who is obsessed with a Brasilian prostitute named Monica, while Aldo Polli and Tonino share a peculiar bond of a different kind.

And finally, there is the figure of St. Barbara, the patron saint of the tunnel, which is stolen: an inauspicious omen.