Beneath the Mountain Ridge 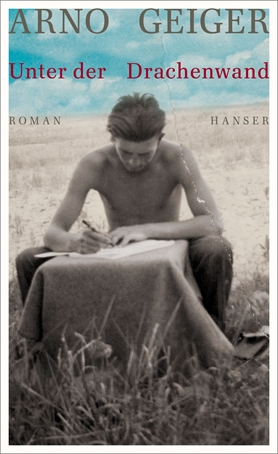 Beneath the Mountain Ridge

Veit Kolbe from Vienna is a young Wehrmacht soldier. He was injured in Russia and now recovers at Mondsee, a village and a lake beneath the mountain Drachenwand close to Salzburg. Here he meets Margot and Margarete, two young women who share his hope that sometime sooner or later life will begin again.

Beneath the Mountain Ridge spans the year 1944. The war is lost but how long will it take before it comes to its end? Geiger tells of Veit’s nightmares and the strange normal life in the village, of the “Brazilian” who dreams of returning to Rio de Janeiro, of the landlady and her rallying calls, of Margarete the teacher with whom Veit falls in love and who isn’t interested in him. And next room lives Margot, the woman from Darmstadt, with her baby. But when Veit’s wounds are healed his next call-up orders arrive.

Beneath the Mountain Ridge is an outstanding novel about the individual and the power of history, about the most personal and the war, and about the dead and the survivors.

Geiger’s new novel is a major coup. The so called normal people get a place in history without pathos, and nearly with ease, though tragedy is never too far away.