Novel on a Brother’s Life 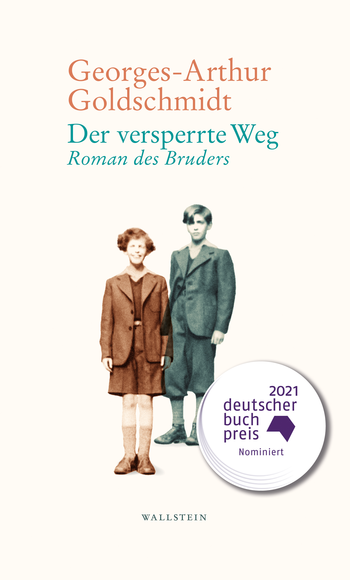 Novel on a Brother’s Life

Nominated for the Deutscher Buchpreis 2021

Although connected by a common fate of threat, escape and displacement, the author’s brother Erich was obliged to take a completely different path in life. Georges-Arthur spends his life in between languages and words, while his brother lived among weapons. Erich joined the Résistance, fought for the liberation of Paris and Alsace, and eventually became a major in the French colonial army in Algeria, where he even participated in the Generals’ putsch against de Gaulle. Even after the coup had failed and Algeria was granted independence, he remained an officer until he retired. He worked as a low-profile employee at Crédit Agricole for many years afterwards.

Georges-Arthur kept memories of his brother’s life buried for decades, until a birthday letter finally brought them to the surface.

»(…) the greatest shadow on my long life: my brother was four when I was born, and through my appearance in this world I destroyed his life.«