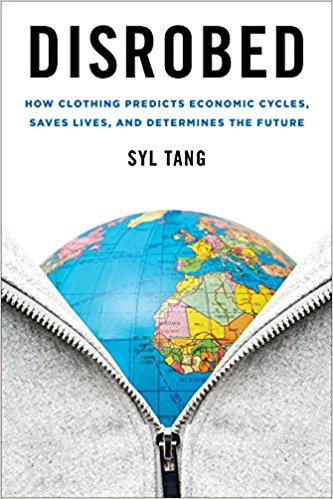 We may not often think of our clothes as having a function beyond covering our naked bodies and keeping us a little safer from the elements. But to discount the enormous influence of clothing on anything from economic cycles to the future of water scarcity is to ignore the greater meaning of the garments we put on our backs. Disrobed vividly considers the role that clothing plays in everything from natural disasters to climate change to terrorism to geopolitics to agribusiness. Chapter by chapter, Tang takes the reader on an unusual journey, telling stories and asking questions that most consumers have never considered about their clothing. Why do banker’s wives sell off their clothes and how does that presage a recession? How is clothing linked to ethanol and starvation on the African continent? Could RFID in clothing save the lives of millions of people in earthquakes around the world?

This book takes an everyday item and considers it in a way that readers may not have previously thought possible. It tackles topics relevant to today, everything from fakes in the museums to farm-to-table eating, and answers questions about how we can anticipate and change our world in areas as far-reaching as the environment, politics, and the clash of civilizations occurring between countries. Much like other pop economics books have done before, the stories are easily retold in water-cooler style, allowing them to be thoughtfully considered, argued, and discussed.