New release by Tusquets in Spain ‘The Memory Police’ 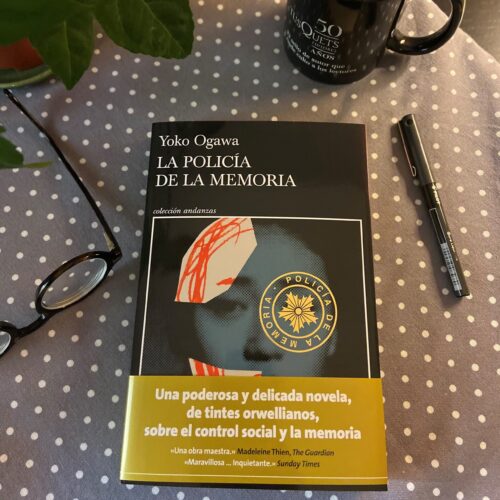 We are very proud to announce the publication of the Spanish edition of The Memory Police /La policía de la memoria by Yoko Ogawa published by Tusquets Editores.

To the people on the island, a disappeared thing no longer has any meaning. It can be burned in the garden, thrown in the river or handed over to the Memory Police. Soon enough, the island forgets it ever existed.

When a young novelist discovers that her editor is in danger of being taken away by the Memory Police, she desperately wants to save him. For some reason, he doesn’t forget, and it’s becoming increasingly difficult for him to hide his memories. Who knows what will vanish next?

Finalist for the National Book Award 2019, the International Booker Prize 2020 and longlisted for the Translated Book Award 2020 New York Times 100 Notable Books of the Year. It was originally published by Kodansha Ltd in Japan in 1994. This timeless masterpiece will be also out soon in Portugal (Relógio d’Água) and Brazil (Estação Liberdade). Rights for Catalan, Galician and Basque are still available!

Ute Körner Literary Agent handles the foreign rights on behalf of Japan Foreign-Rights Center in all the Spanish and Portuguese speaking countries.