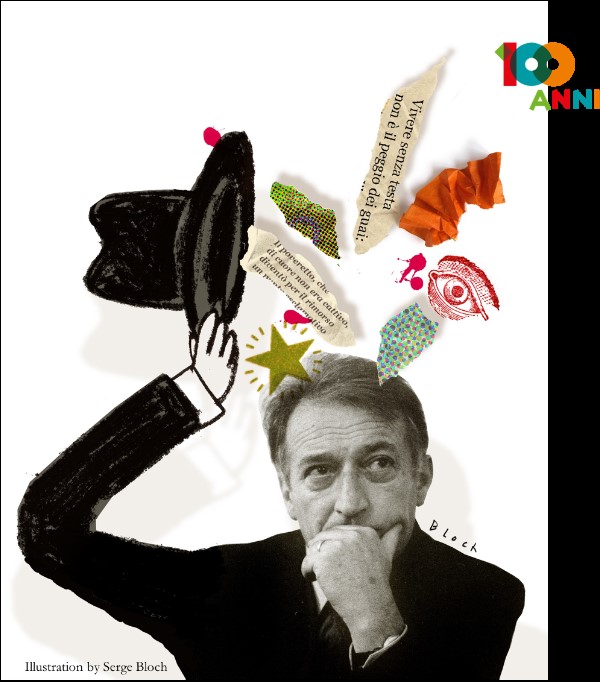 Today, October 23rd. 2020, Gianni Rodari would have celebrated his 100 aniversary:

Gianni Rodari was born in Omegna in 1920. After achieving his teaching diploma, he worked as a teacher for a few years. At the end of the Second World War he began his career as a journalist.

During the Fifties he began to publish his works for children, which immediately achieved a huge success among public and critics. His books, translated into several languages, have earned many awards, including, in 1970, the prestigious “Hans Christian Andersen” award.

In the Sixties and Seventies he took part in conferences and meetings in schools with teachers, librarians, parents and students. The notes gathered in a series of these meetings were collected in “The Grammar of Phantasy” (1973), which immediately became a reference point for people involved in reading education and children’s literature.

We are enormously proud of representing Gianni Rodari on behalf of Edizioni EL and having contributed to spread up his work in Spanish, Catalan, Basque, Galizian and Portuguese.