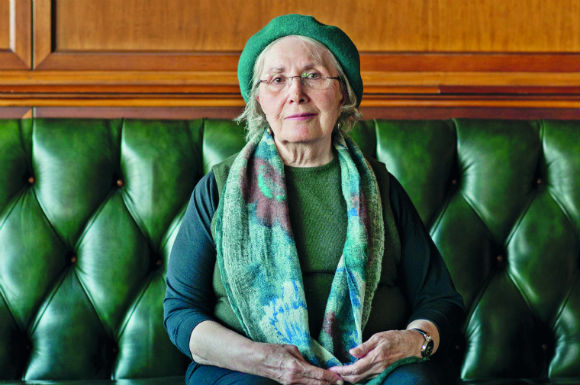 Adalet Ağaoğlu was born in the province of Ankara in 1929.

As an author, a playwright and a human rights activist, she is one of the most prized novelists of Turkey.

Considered to be one of the most important living authors in Turkey a revered intellectual, her tightly constructed prose is a balance between a realistic millieu of Turkey which she knows firsthand and the broader, more humanistic elements of social pressure and gender prejudice. In an unfamiliar urban world, her fictional newcomers to modernity struggle with age-old issues complicated by perplexing political, religious, economic and social forces.

She has been rewarded with numerous honors besides the literary awards she won in the fields of novel, short story and drama.

For her perception of subtle and overt changes in modern Turkish society and her writing entitled «Modernism and Social Change», Adalet Ağaoğlu received the «Turkish Presidency Merit Award» in 1995. In 1998, Ağaoğlu received «Honorary Ph.D.» from Anadolu University followed by the «Ph.D. of Humane Letters» from the Ohio State University.