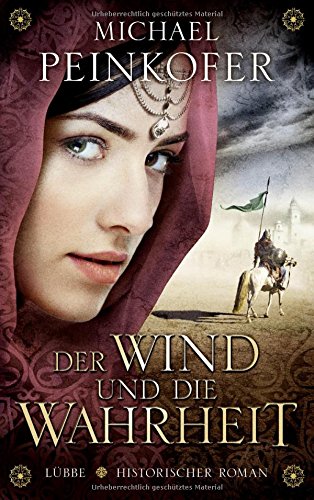 THE WIND AND THE TRUTH plays in the 14th century, with adventure elements revolving around a forbidden love between the daughter of a Venetian merchant and a soldier of the Janissary Corps.

Set against the background of the conflict between European kingdoms and the Ottoman Empire, their love is subjected to severe trials. In addition to a prolog which occurs 18 years earlier, the story extends over three years (1362-65).

What is so special about THE WIND AND THE TRUTH are the characters -the two protagonists as well as many of the secondary figures and the highly differentiated portrayal of the villain. The reader experiences the story through their eyes -and that includes not only the tale recounted in the novel itself, but also its historical aspects which are unfortunately very topical today.

Secondly, the world at that time, with all its turmoil and intrigue, seemed in some ways to reflect the age we live in now. He is called El-Rih, the wind. As a Turkish Janissary, he fights on the side of the Muslims. She is Alyssia, a Venetian Christian who falls victim to an intrigue and is enslaved in Cairo. She is called Haqiqa, the truth.

Destiny ensures that their paths lead them to one another. Yet what chance does their love have in an age when dark forces are invoking a new war between Christendom and Islam, and the relics of a saint become the flint that sparks a murderous conflict? The dénouement occurs in Alexandria.