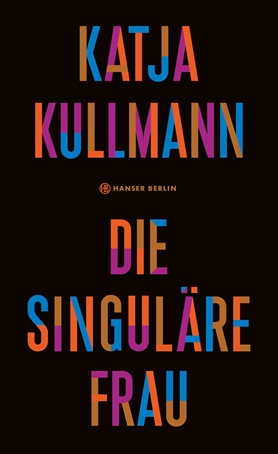 "Katja Kullmann demonstrates sociological expertise that is often sharper than the unbiased choice of words would initially suggest - a small masterpiece. With The Singular Woman, she succeeds in creating a light-footed, entertaining narrative and explanation that at times eludes clear structures and for that very reason remains much more readable than many feminist literature on the subject."
- Konstantin Nowotny, Der Freitag

"By situating individual experience within 250 years of social history, she has created a cultural-historical panorama, and a typology of female existence without men. Her perceptive interpretation of single women as 'the essential pioneers of the twentieth century and rising protagonists of the twenty-first', is particularly illuminating."
- Novina Göhlsdorf, Frankfurter Allgemeine Sonntagszeitung

"Kullmann exposes prejudices as a reflex of patriarchy, which cannot and does not want to imagine that women could also lead a fulfilling existence without a partnership. [...] She sets up a monument to those women whose lives do not 'constantly relate to a counterpart', and registers the possibilities that can open up as a result. There is no trace of self-deception, but plenty of clarity and wisdom."
- Julia Kospach, Falter

"Finally, female singledom told from a refreshingly unconventional perspective! Soberly, and without indulging in the usual clichés, Kullmann writes about what inspires her and many other single women: the whole gamut of characters, outlooks and everyday realities, the multitude of unique women who have stood on their own two feet. The Singular Woman is a rousing homage to the true heroine of modernity - and the future is hers!"
- Büchermenschen

The singular woman is not just represented in all classes, social backgrounds and environments – she is the real heroin of modernity. In her bestseller «Generation Ally», she described why being a women is so complicated.Twenty years later, Katja Kullmann tells us what it is like to be an unaccompanied woman.

She is the woman who is rumoured to not be lucky in love. The one who manages her life solo. The woman without a partner. From the Weimar Republic office girl to the supposedly lonesome educated woman of our present day – she is the real heroine of the modern age: the singular woman.

Shortly before her fiftieth birthday, Katja Kullmann realised that she too had become one of them: a long-term singleton. The realisation gave her a little shock – but then felt like a liberation. And a spur – not just for her to unsparingly explore herself, but also for a wider search. What literary, social and pop-cultural testimonies have been left behind by the woman without a partner? And what might her future look like?

Katja Kullmann leads us with passion and determination to a radical reevaluation of single women.