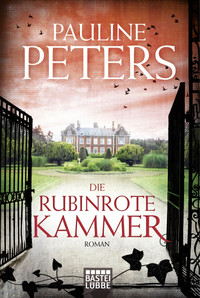 THE RUBY CHAMBER is a marvelous novel that breathes on every page the spirit of England in the beginning of the 20th century and satisfies a reader’s every expectation: an atmospheric setting, a strong female protagonist, charming minor characters, a thrilling love story, a dark family secret, and a heroine suspected of murder. The story is set in Edwardian England, in the foggy streets of London and a gloomy Dickensian environment, but also in the luxurious country estates of the aristocracy with their glamorous balls and elegant dinners.

At the heart of the novel is the fate of a young noblewoman that lives in both worlds and is rebelling against the conventions of her times. In an attempt to uncover a secret from her childhood, she unravels a web of lies, deceit, and murder in the families of the elite.

London, 1907: Much to the chagrin of her influential grandfather, Victoria, a young aristocrat, lives on her own, together with her late father’s butler. They are having a hard time to make ends meet. She supports herself by working as a photographer and her butler Hopkins contributes to their income by publishing under a synonym a very successful column with household tips. When ugly rumors about a dark family secret make the round during a ball, it ends in a confrontation – and Victoria is even suspected of having committed a murder. With the support of her sharp-minded butler, she starts her own investigations – much to the indignation of Scotland Yard. Her charming suitor, Lord Randolph, admires her courage but when she finds herself in the middle of danger, she gets help from an unexpected source.