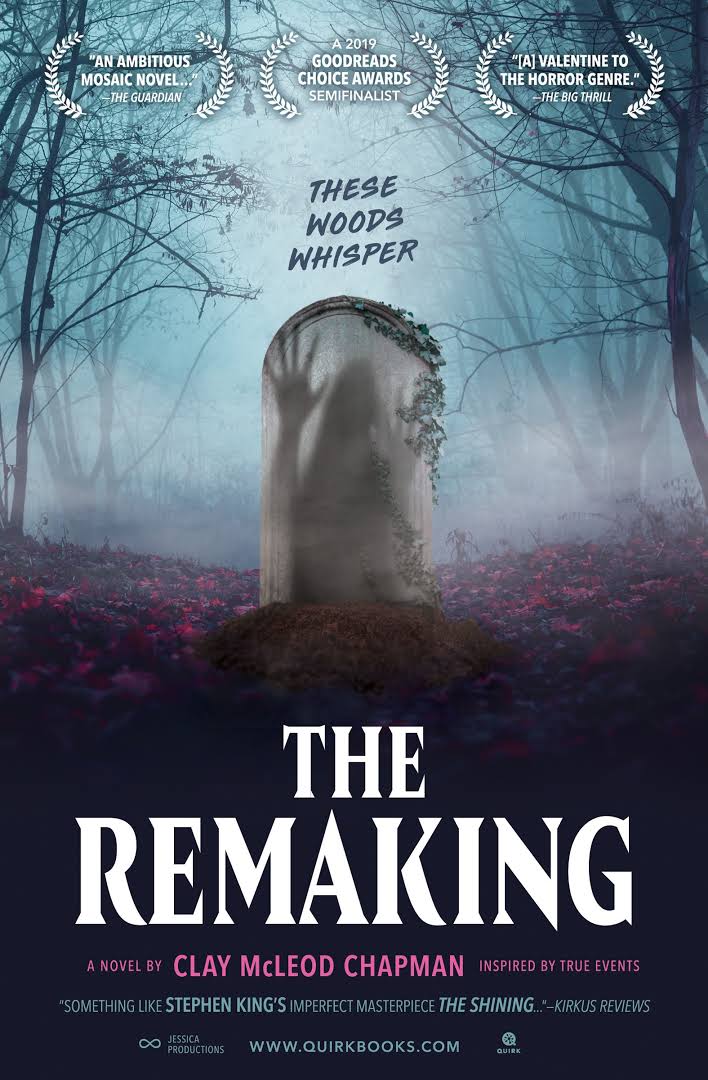 “A deeply eerie and evocative portrayal of what its like to stare into the abyss and find something there waiting for you. A memorable, disquieting ghost story about stories, rendered inside a Möbius strip.”—Kirkus Reviews

“As both a novel of psychological terror and a traditional ghost story, this short, chilling read is recommended for all collections.”—Booklist

“Chapman has expertly crafted an ouroboros of a horror story. The Remaking is a fast-paced and haunting examination of how misogyny
poisons our culture, generation after generation. It’s absolutely chilling. You won’t be able to put it down or stop thinking about it after the lights go out.”—Mallory O'Meara, author of The Lady from the Black Lagoon

The Ring meets Scream in this terrifying, wickedly fun, and totally meta supernatural thriller about a true-crime tale that takes on a life of its own every 20 years. The story is told around a campfire in the ’50s, adapted into a movie in the ’70s, re-booted in the ’90s, and investigated on a Serial-like podcast in the present day.

When Ella moves to Pilot’s Knob, Virginia, with her young daughter Jessica to start an apothecary, rumors swirl that her shop is a front for witchcraft. That doesn’t stop townswomen from visiting the beautiful and mysterious herbalist when traditional medicine fails them. But when a prominent woman miscarries after taking one of Ella’s home-made brews, the town accuses Ella and Jessica, by association, of witchcraft and burns them at the stake. Ella is hastily buried in the woods, her grave never to be found, but Jessica is buried in a steel-reinforced coffin, surrounded by a fence of interconnected crosses. It’s this extreme act of precaution that keeps their story alive. Sightings of Jessica’s ghost wandering around her grave, looking for her mother, add to the legend as it’s told–and re-told–around summer campfires for decades. But the horrible truth won’t be revealed until Amber Lynn–a dead ringer for
Jessica–is cast in the ’70s horror adaptation inspired by The Witch Girl of Pilot’s Knob. Amber Lynn will claim to meet the real Ella, a troubling assertion that will spark rumors of her insanity and slowly destroy her career. When she returns for the remake in the ’90s to play Ella, the disappearance of a little girl will turn into a witchhunt, with all eyes on Amber Lynn. Her one hope for redemption will come decades later as a true-crime investigator looks into the ’90s disappearance and the original legend. But will this final mode of story-telling redeem Amber Lynn or bring an unfathomable horror to the surface?