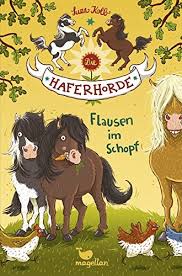 100.000 copies sold in Germany during the first year of its publication!

"The sweetest ponies in the world" - Die Rheinpfalz

Pony stories with a twist – told by the ponies themselves!

The Oat Crew – that’s the Shetland ponies Choco and Biscuit, Toni the Haflinger and sometimes Bruno the dog, too (although of course he doesn’t like oats). Together, the friends keep the other four- and two-legged farm inhabitants on their toes!

Whether a ghost is fooling around in th stable (only to be caught by the self-proclaimed Top-Ghost-Busting-Ponies), the boss wants to use them for riding lessons (which just isn’t on – being a riding pony is far too boring), a lovely Icelandic pony girl needs saving (and causes Choco to have butterflies in his stomach) or a TV production comapny is looking for their next star – the animals’ adventures are a delight!

The series has 8 volumes so far + Book of Friends + Diary 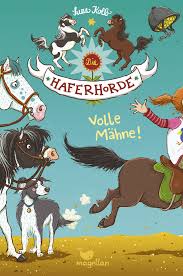 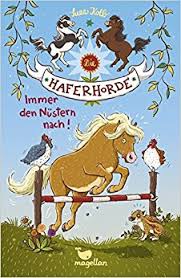 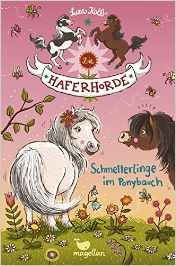 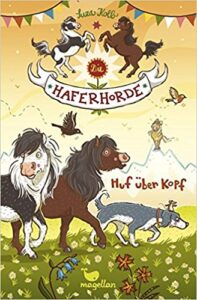 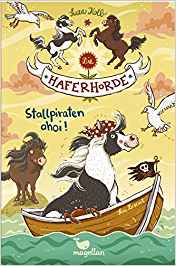