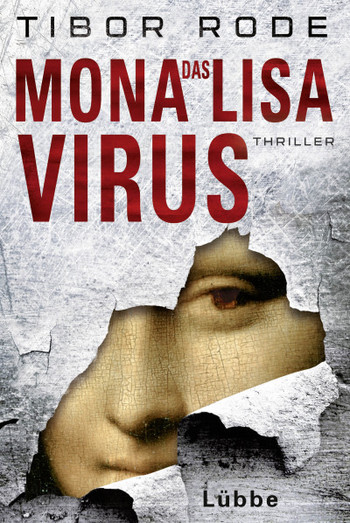 Already his first novel, THE WHEEL OF ETERNITY, earned Tibor Rode comparisons to Dan Brown in the press.

With his new book, THE MONA LISA VIRUS, the author has now secured himself a place among the top international thriller authors, as he plunges his readers into a story about a global conspiracy with a single objective: To destroy beauty.

In the United States, a tour bus carrying a group of beauty queens vanishes. Only a short time later, some of the girls resurface but their faces and bodies have been horribly disfigured by plastic surgeries.

In Leipzig, Germany, unknown subjects blow up the Old City Hall and in the refectory of the Dominican convent Santa Maria delle Grazie in Milan, Italy, the famous mural “The Last Supper” by Leonardo da Vinci is destroyed in an acid attack. The Old City Hall and the painting are considered to be classic examples for compositions following the rules of the Golden Ratio, a specific proportion that is regarded as a principle for ideal esthetic proportions in art, architecture, and craftwork. At the same time, a new kind of computer virus spreads like wildfire across the globe attacking image files and altering them following a certain pattern.

How are these events connected? This is the question Boston neuroscientist Helen Morgan has to ask herself when her daughter disappears and the clues send her to Europe – right into the heart of a conspiracy that leads her to self-made billionaire and software pioneer Pavel Weisz and seems to have its roots in the creation of the famous Mona Lisa painting five hundred years ago.