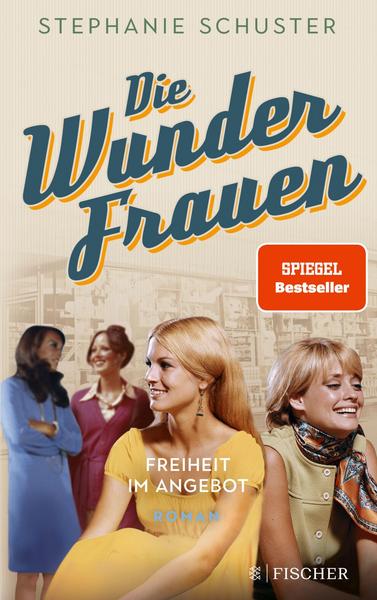 The third volume of The Miracle Women trilogy: Four women between the economic miracle and the hippie era, between nylons and emancipation, between love and friendship.

In 1972, during the Olympic Games in Munich, Luise fights with all her might to keep her small grocery store in Starnberg despite supermarket competition. She also has to admit to herself that her marriage is now finally at an end – and with the new law on divorce, she dares to take an outrageous step. She is supported in these turbulent times by her three friends: Helga, who dreams of her own medical practice, Marie, who puts all her energy into her equestrian farm, and Annabel, who finally faces her family’s past. With all the new opportunities, they realize: The greatest adventure of their lives is just beginning.

The 3rd volume of the wonder women trilogy – three novels about four friends whose lives we can follow from the economic boom in the mid-1950s to the 1972 Olympic Games.