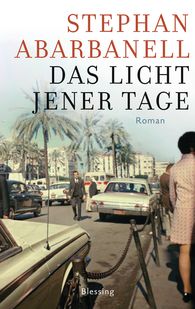 After a pharma scandal, Robert Landauer, once an internationally respected doctor, risks a new beginning in Berlin. When he helps an unconscious young woman and drives her home, he meets her father, Fouad Tamimi. This is not the first encounter between the two men: their mutual history goes back to 1982 and war-torn Lebanon, when Tamimi saved Landauer’s life but lost his big love, Sahira. All trace of her disappeared after the massacre in the Palestinian refugee camps in Beirut.

Landauer agrees to help Tamimi look for Sahira. He sets off to the Middle East and not only finds himself confronting his own past but also stumbles across a story of unsuspected magnitude.

A gripping search for clues in the shadow of the Israeli-Palestinian conflict.