Seven Hugs And Keep The Change 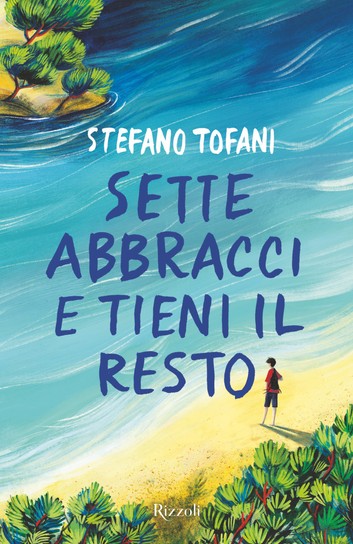 Seven Hugs And Keep The Change

Ernesto is twelve, he wears thick glasses and has a lopsided walk since the accident when her beloved grandmother died. Though her colorful proverbs and her teachings remain vivid, and continually resound in his mind.
Most of his peers avoid him, so Ernesto only has few and unusual friends. One of them comes from across the sea and now lives in the shelter; another one is a policeman that turns into a fisherman at night; Ernesto also has a friend in a wheelchair, a talking cricket type who gives him thousand of doubts and warns him all the time about anything. But at the end, are we sure that this friend really exists?
Ernesto has a crush on his schoolmate Martina, the prettiest in the class, but he’s very well aware that she doesn’t even notice him. Till one day the girl suddenly disappears. Ernesto is determined to find her by following a lead and composing a jigsaw that the grownups can’t understand. This looks like his biggest chance to turn from a bespectacled loser into a hero in shining armour!