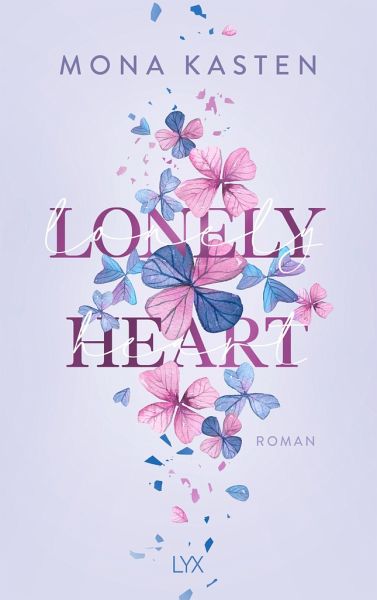 5 TIMES Winner of the LovelyBooks Readers’ Choice Award in gold

Rosie Hart is over the moon: her favourite band “Scarlet Luck” has agreed to come and do an
interview on her indie web radio show.

Just the thought of being in the same room as Logan, Thorn, Hunt and Beast is giving her butterflies. Not only has Rosie been following the band for seven years, but their music has got her through the darkest days of her life.

She especially wants to find out more about Adam Sinclair, the band’s drummer. Everyone just calls him “Beast”, and nobody knows anything about him apart from the fact that he hasn’t allowed anyone to touch him for years.

Rosie is determined to make this the best interview the Rosie Hart Show has ever seen. But once
the band are finally standing there in her little studio, she makes a terrible faux-pas.

The interview is terminated on the spot – and as if that wasn’t bad enough, the incident goes viral and hatred rains down on Rosie and her show. After she’s attacked by some fans in the street, the band find out what’s happened.

Keen to show the public that they’ve put the incident behind them, they invite Rosie to one of their concerts. Suddenly Rosie finds herself face to face with Beast once more.

Beast, in whose eyes she sees deep emotional distress. Beast, who makes her heart beat faster.
Beast, whom she will never be allowed to touch again…