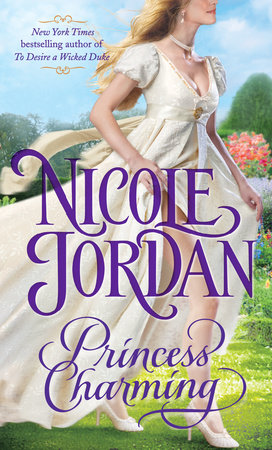 Thanks to the mischievous meddling of his matchmaking sister, Ashton Wilde meets a damsel in distress during the midnight magic of a lavish ball. But Maura Collyer isn’t looking for a prince—or an intimate pairing with any member of the scandalous noble Wilde family.

Intrigued by Maura’s beauty and daring, Ash is determined to aid in the rescue of her beloved stallion, gambled away by her wicked stepmother to an evil viscount. As their adventure becomes rife with peril and passion, Ash suspects he’s found his heart’s desire.

Even though her dearest friend may be her self-proclaimed fairy godmother, Maura is mortified at being pushed into a romance with a notorious rake such as Ash. Dashing and charming, he comes to Maura’s rescue just in time to help her steal back her precious horse. As they flee across the countryside, she can’t resist his sweet seduction. But is her prince playing a role in a fairy tale to test an improbable theory, or is the love awakening in her heart proof of her own happily ever after?