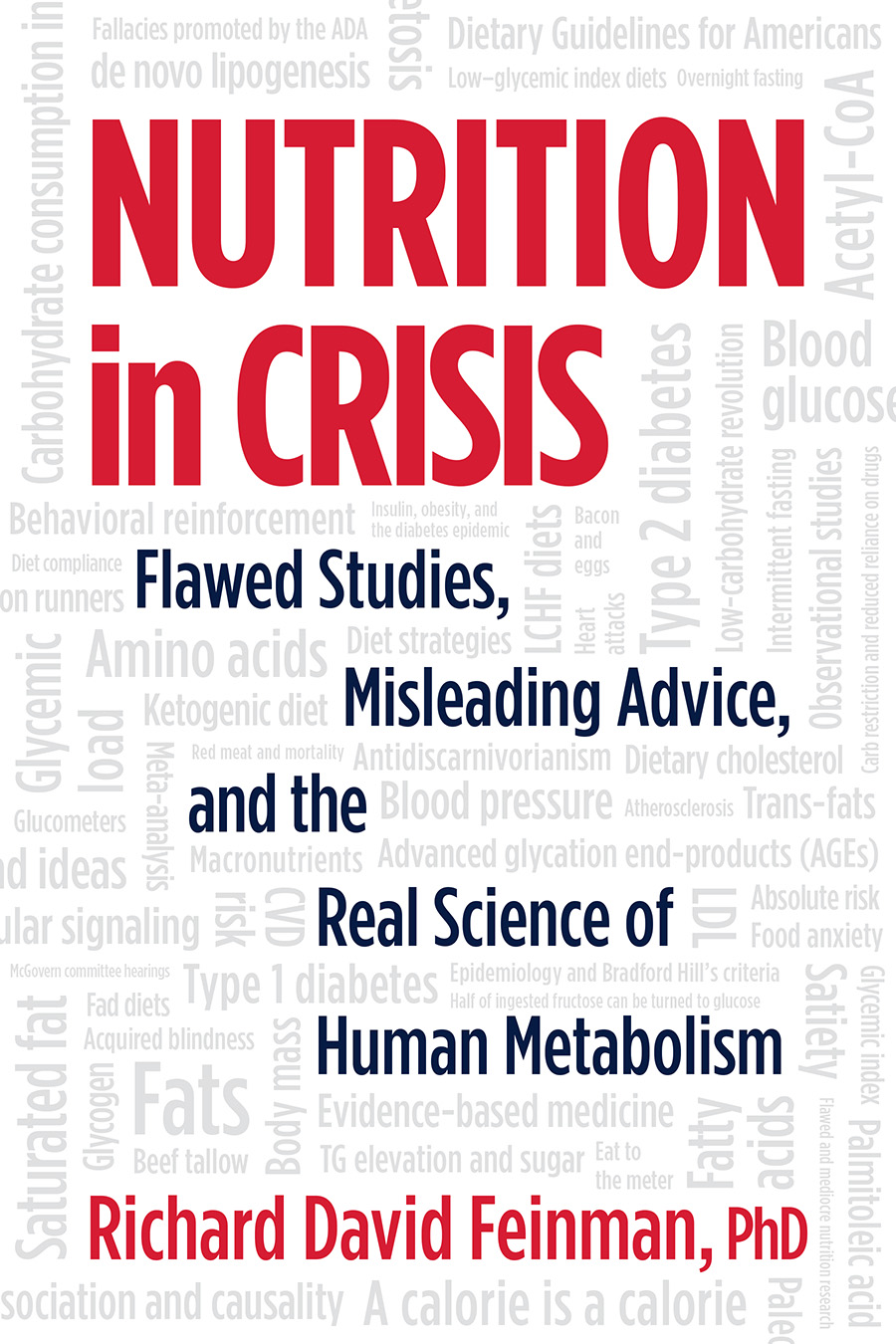 Almost every day it seems a new study is published that shows you are at risk for diabetes, cardiovascular disease, or death due to something you’ve just eaten for lunch. Many of us no longer know what to eat or who to believe. In Nutrition in Crisis distinguished biochemist Richard Feinman, PhD, cuts through the noise, explaining the intricacies of nutrition and human metabolism in accessible terms. He lays out the tools you need to navigate the current confusion in medical literature and its increasingly bizarre reflection in the media.

At the same time, Nutrition in Crisis offers an unsparing critique of the nutritional establishment, which continues to demonize fat and refute the benefits of low-carbohydrate and ketogenic diets—all despite decades of evidence to the contrary. Feinman tells the story of the first low-carbohydrate revolution fifteen years ago, how it began, what killed it, and why a second revolution is now reaching a fever pitch. He exposes the backhanded tactics of a regressive nutritional establishment that ignores good data and common sense, and highlights the innovative work of those researchers who have broken rank.

Entertaining, informative, and irreverent, Feinman paints a broad picture of the nutrition world: the beauty of the underlying biochemistry; the embarrassing failures of the medical establishment; the preeminence of low-carbohydrate diets for weight loss, diabetes, other metabolic diseases, and even cancer; and what’s wrong with the constant reports that the foods we’ve been eating for centuries represent a threat rather than a source of pleasure.