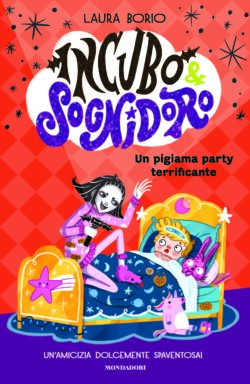 Two opposite and hilarious fantastic worlds, two young protagonists and many, many magical animals... This is the perfect mix for a fun new series!

Have you ever wondered where your nightmares come from? Who chooses the perfect ingredients for your scariest scares? And who weaves the most beautiful plots for your sweetest dreams? And by the way, do they know eachother?

At the top of the Sleepy Hill stand Nightmare House and Sweetdream Palace. They belong to two families which are bitter enemies and peerless business rivals:

The Nightmare Family – bony and preferably dress in black. For seven centuries the best creator of PDO nightmares. The fear they cause is the secret ingredient of Disgustfizz, the number one energy drink all over the Monster World.

The Sweetdream Family – blond and soft shaped. They wear colourful pyjamas and are soft pillows and hot chocolate and camomile tea biggest fans. They create pleasant dreams from which they extract the Goldenfloss Sugar, used to make the most famous sweets from around the Fairy World.

In the second book, A Terrifying Pyjama Party, Sen Sweetdream has inexplicably never been invited to a sleepover, so Nix Nightmare decides to throw him a really scary one! But the unforgettable night gets complicated and all the children in town stop sleeping! 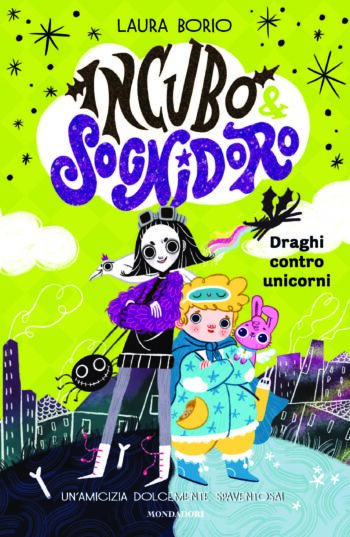