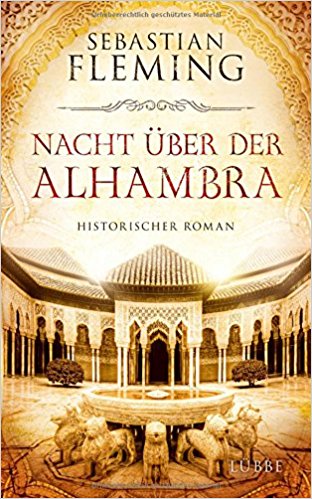 1453: It is when Ottoman ruler Mehmed conquers Constantinople and his hordes start looting the city that Spanish merchant Don Juliá realizes he made the biggest mistake of his life by moving here from Barcelona.

He and his older sons are decapitated, while his wife and daughters manage to flee. His youngest son, Joanot, is taken in by Mehmed, who teaches him Islam and gives him the name Yahya.

At the same time, far away in the West, Nuria, a young girl, loses her entire family in an attack by a gang of thieves and murderers. Spain is torn. In the South, the reign of the Moors is falling apart and in the North, Christian dynasties fight each other for power. This is the reason why Nuria knows she has to live the life of a man if she wants to survive these times on her own. So she becomes Jorge. Her disguise is so perfect that an armorer accepts her as his student of swordplay and she is trained in the art of fencing.

At the infamous court of the decadent Spanish King, her skills draw the attention of Cardinal Torquemada, the powerful inquisitor. He assigns Jorge the task of protecting the lives of the potential heirs to the throne, Alfons and Isabell, who the ruthless King wants to do away with so that his own daughter can succeed him to the throne.

Sultan Mehmed knows about the power struggles in Spain. His goal is to gain control over the Occident. To get there, it is imperative for him to restore the shrinking power of Moorish Andalusia to its old glory. And this can only be accomplished by toppling and destroying the Christian dynasties in Northern Spain.

From an early age, Yahya has attracted everyone’s attention because of his outstanding talents for languages and diplomacy. This is why the young and forcibly converted Muslim is sent together with Ruggiero, an Italian, on a secret mission to Spain. Their goal: To overthrow the King and replace him with a Christian vassal of the Sultan. But what they don’t expect is that adolescent Isabell has already her own plans to get into power – and an unusual sword master by her side.

A captivating novel about loyalty and betrayal, the thirst for power, and passions