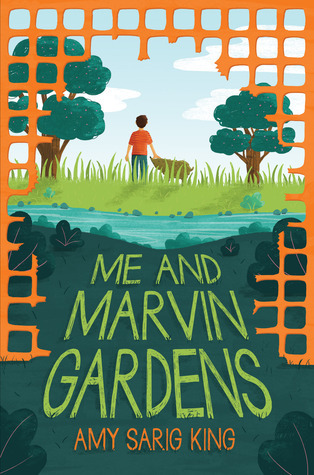 “….King writes from personal experience, crafting a coming-of-age novel with a fully developed and authentic protagonist. VERDICT An emotionally rich read for a wide audience, especially those interested in keeping the planet alive and well for future generations.” - School Library Journal

“…King (Still Life with Tornado) leavens a story replete with brutal environmental facts with a magical friendship between a boy and his ‘pretty gross pet.’ A provocative exploration of human action and interaction on both local and global levels, as well as the interplay between past, present, and future, King’s novel will leave readers pondering how we treat each other and the planet." - Publishers Weekly

Obe Devlin has problems. His family’s farmland has been taken over by developers. His best friend Tommy abandoned him for the development kids. And he keeps getting nosebleeds, because of that thing he doesn’t like to talk about. So Obe hangs out at the creek by his house, in the last wild patch left, picking up litter and looking for animal tracks.

The animal—Marvin Gardens—soon becomes Obe’s best friend and biggest secret. But to keep him safe from the developers and Tommy and his friends, Obe must make a decision that might change everything.

In her most personal novel yet, Printz Honor Award winner A. S. King tells the story of a friendship that could actually save the world.