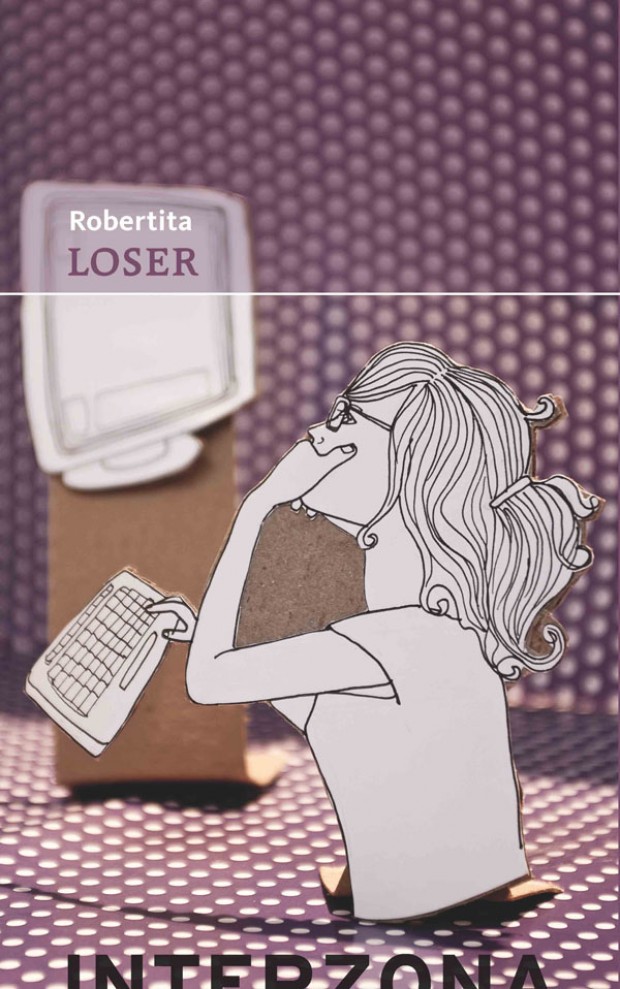 Robertita, the protagonist of the novel, has a Photoblog account where she posts drawings and texts, and part of her life flows through virtual channels: MSN, Facebook, chats. When Roland, a genius who has written a book, has a rock band and who works for a radio station, leaves her a message, she “flashes” and initiates an emotional journey.

After a kiss which doesn’t lead to anything else, Roland goes back to his ex-girlfriend. From that point on, Robertita becomes a therapist, a guru, a detective, a mother, a life coach; all with the idea of getting him back.

Rather than just looking at the ups and downs of a loser or telling the story of a superstar’s performances, the novel deals with the impossible relationship between two thirty-somethings who at times think, act and talk like 15-year-olds.

With such throw away stuff as junk television, Chick Lit, dawn chats and exasperating text messages, the lunatic ideology of feminist magazines, the screenplays of nineties’ series, and self-help guides (which our heroine reads and quotes with guilty fervour), Robertita creates herself as a young 21st century Frankenstein dedicated to loving Roland and suffering for him. Much more than just a story of unrequited love, Loser is the perfect portrait of romantic relationships in the era of communication; of the new roles for men and women, of love and friendship in the second decade of the 21st century.