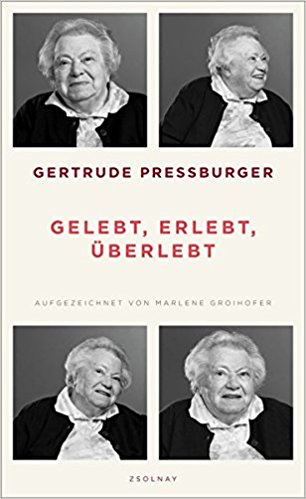 “It’s not the most decent things that are brought out in people, but the basest.” Gertrude Pressburger’s simple and urgent warning of “the rhetoric of the extreme” was broadcast all around the world. She survived the Holocaust – the only one in her family to do so. At the age of ninety, she now tells her story for the first time.

Gertrude Pressburger was ten when Hitler invaded Austria. Although her Jewish family had converted to Catholicism years before at her father’s request, they were forced to flee. Their exodus through Yugoslavia and Italy took almost six years, and ended in Auschwitz in 1944. Gertrude survived – the rest of her family did not.

For decades, she could not talk about the experiences they endured, or about her brothers and parents, who were killed in there. Then in 2016, a prominent Austrian politician spoke about an imminent civil war, causing her dismay. But she was encouraged by the fact that her heartfelt words found sympathetic ears to write down her story together with a young journalist. “I didn’t come back to go through the same thing again.”