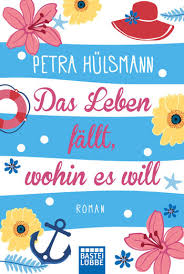 Marie is 29, works as an independent photographer and shares a flat with her best female friend. She enjoys life and takes each day as it comes.

Marie’s world is turned completely upside down when her older sister, Christine, is diagnosed with breast cancer. Since Christine is divorced and a single parent, she asks Marie to move in with her while she undergoes the physical strain of chemotherapy and to help out with her two children, Antonia and Max. Marie feels overwhelmed by the idea, but she wants to be there for Christine and promises to help.

As if that weren’t enough responsibilities, Christine is also the general manager of a boatyard for sporting vessels that the family has owned for generations. Since Christine will be out of the picture for an undetermined length of time, and her father believes it’s essential for a member of the family to have a presence in the firm, he forces Marie to stand in for Christine.

Basically, however, he does not consider Marie equal to the task and assigns shipbuilding engineer Daniel Behnecke to assist her. Behnecke has been director of sales for years and is supposed to conduct all negotiations, whereas Marie is only meant to serve as a decorative accessory who represents the family.

Marie is not enthusiastic about managing the family business. On top of that, Daniel Behnecke is a
thoroughly unlikable type she has always found extremely boring. He now begins putting on airs of being the boss, clearly indicating that he considers Marie a thoroughly incompetent spoiled brat.

Soon, Maria realizes that it’s all becoming too much for her: the sick sister, the turbulent family life and the company’s uncertain future. And then there are the butterflies she feels in her stomach every time she sees Daniel. Which of course doesn’t suit her plans at all.