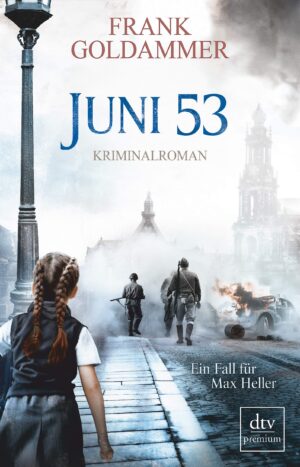 Summer 1953: Daily life in the new GDR is becoming difficult. The ongoing shortages of everything continue. The population’s dissatisfaction grows, and the number of those fleeing the country increases continuously. The government of the Socialist Union Party harshly imposes its demands and mercilessly hunts down its opponents. Even Max and Karin Heller consider fleeing to the West. On June 17, the political situation escalates as large-scale protest movements grow everywhere.

This is the point at which Commissioner Heller is called to a Dresden insulation factory: its director and former owner has been brutally murdered. Is he a victim of the rebels?

Heller’s suspicions run along other lines. In the midst of the people’s revolt, he searches for an unpredictable murderer. At the same time, Karin demands that he make a decision: run or stay?