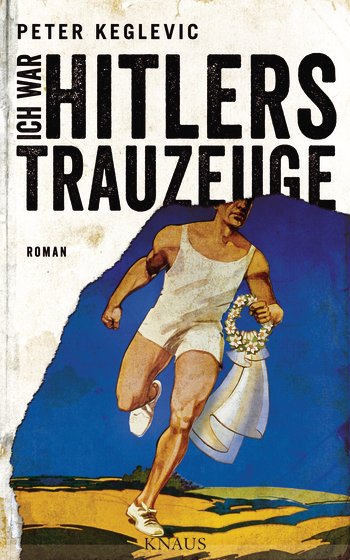 Easter Sunday, April 1, 1945. The small town of Berchtesgaden, Adolf Hitler’s favourite place in the Bavarian mountains, prepares for the 13th instalment of the popular people’s run “Running for the Fuehrer”. The route through the Thousand-Year Reich – documented by Leni Riefenstahl – includes the most important cities of the Nazi movement, the goal of the run is to demonstrate the German people’s desire to win the war as well as their eternal loyalty to the Fuehrer. And like every year, the winner has the honour of personally wishing Adolf Hitler a happy birthday on the 20th of April in Berlin.

But unlike the years before, there are very few volunteers, and most candidates look like they’ll never be able to survive the ordeal. Leni Riefenstahl is less than pleased with the “people material” on offer – until a tall blonde man escorted by policemen catches her eye just as the runners are lining up. Leni is adamant that this picture-perfect Arian, Paul Renner, should take part in the run. What neither she nor the organizers know: Paul’s real name is Harry Freudenthal, and he is a Jew from Berlin who went into hiding in Vienna in 1943 and is now trying to survive the last weeks of the Nazi regime disguised as a pilgrim on his way to Santiago de Compostela. Instead of pilgrimaging to Spain, Paul has to run to Berlin – right into the centre of chaos.

With a passion for historic detail and the craziness of the last weeks of the Third Reich, Peter Keglevic tells the fascinating life story of a Jew from Berlin who makes it to the Fuehrer’s bunker and whose destiny is closely entwined with that of Adolf Hitler. I was Hitler’s best man is a brilliant, tragicomic novel, as grotesque as Quentin Tarantino’s Inglorious Basterds and as moving as Roberto Benigni’s Life is Beautiful.