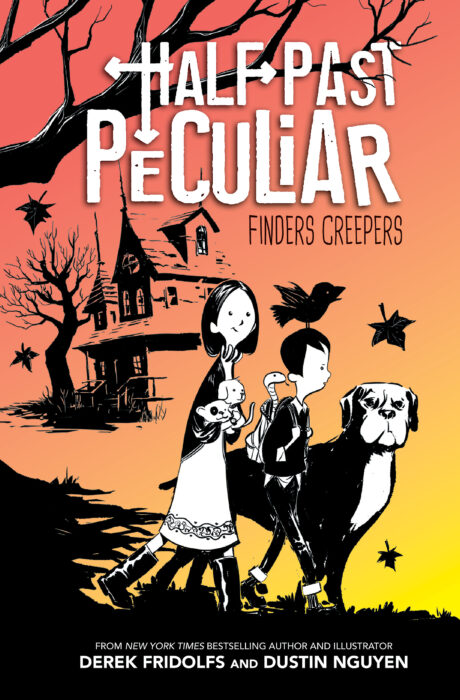 Meet the Fetch Twins and their menagerie of pets as they unlock a mysterious portal to limitless worlds in this one of a kind series from the New York Times bestselling graphic novel team of Dustin Nguyen and Derek Fridolfs.

Twins Atticus and Esmeralda Fetch are the best pet finders in Thorns Hollow — a town where people have a lot of pets, and those pets often get lost. But when a lost dog leads them to an old, Victorian house on the edge of town, the twins find their world turned upside down. This creepy house contains a portal that leads to a whole other world — a world where mythical creatures like trolls, fairies, and dragons are real.

The secrets this mythical world contains are bigger than these kids could ever imagine. Secrets that could threaten to destroy the world as we know it. Now, Minerva, Atticus, and yes, their canine companion will have to work together if they want to save our world, and the world beyond the portal!

With a mix of typeset pages, painted artifacts, and beautiful comics, pages this one of a kind novel is sure to spark the imaginations of readers everywhere. 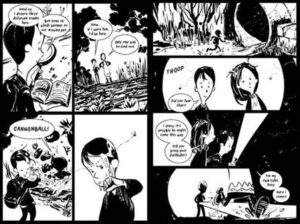 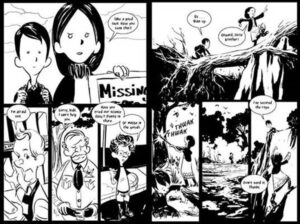