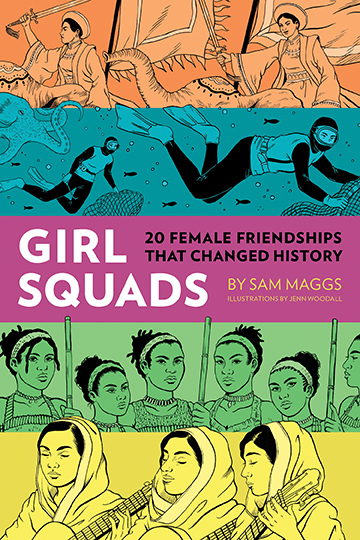 A hit for any feminist or history enthusiast aged 15 to 30 who is looking for inspiring stories!

A modern girl is nothing without her squad of besties. But don’t let all the hashtags fool you: the #girlsquad goes back a long, long time. In this hilarious and heartfelt book, geek girl Sam Maggs takes you on a tour of some of history’s most fantastic female BFFs, including:

…and many more! Spanning art, science, politics, activism, and even sports, these girl squads show just how essential female friendship has been throughout history and around the world. Sam Maggs brings her signature wit and warmth as she pays tribute to the enduring power of the girl squad. Fun, feisty, and delightful to read–with empowering illustrations by artist Jenn Woodall–it’s the perfect gift for your BFF.