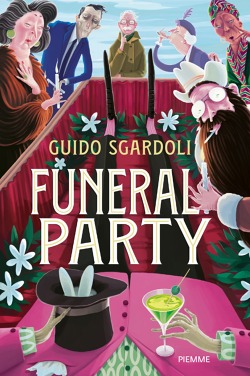 It’s January 1, 2000. The sky is white as a shroud and Unlucky Strong has just died (at the age of 100!). A motley group of characters gather at his countryside mansion to get their hands on his inheritance. But the Old One has left something different to the world of the living: the memory of an extraordinary life, almost entirely secret, and full of incredible stories. From travels to wars to loves to illegitimate children to an unspecified number of unlikely jobs, Unlucky’s life is a mystery to be discovered. And that’s just what the guests at his funeral party do. Trapped in his villa by an epic snowstorm, between toasts and accusations of murder, they find themselves reliving the life of the mean old man, who perhaps was not so mean after all.