Frozen at the North Pole 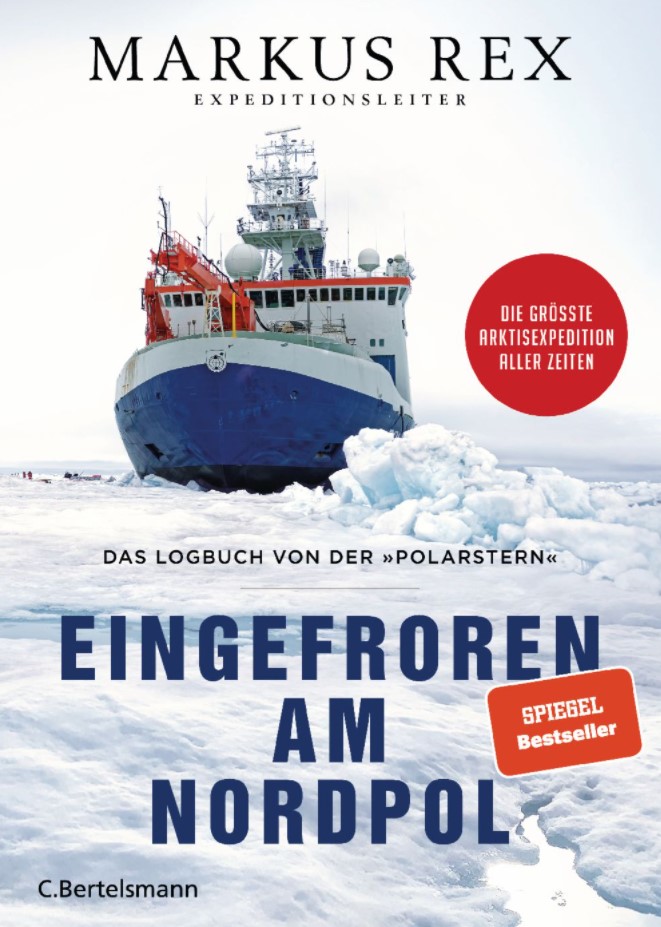 Frozen at the North Pole

“A book that will interest even those who already know the Arctic – while calmly introducing novices to the complex, thrilling world of its subtle interrelationships.”
Frankfurter Allgemeine Sonntagszeitung

“Rex’s enthusiasm is contagious. He adeptly combines the scientific data in his log with his personal experiences, adventures, and the presentation of scientific findings.”
Deutschlandfunk

“Easy to follow and fascinatingly vivid [...]. This is the stuff dreams are made of.”
Denis Scheck, ARD »Druckfrisch«

“Rex succeeds […] in creating a gripping mixture of everyday life under extreme conditions, scientific facts and the magic of a fascinating unknown world.”
MDR Wissen

One year in the eternal ice – a milestone in climate research

On the 20th September 2019 began the largest polar expedition of all time: The research vessel RV Polarstern set off from the port of Tromsø, Norway, to be frozen to the ice of the North Pole. Scientists from 20 countries have boarded to research the consequences of climate change for one whole year.

Markus Rex, the head of this research expedition called MOSAiC, recounts in his book the story of this unique endeavour. He reports excitingly and vividly about the everyday life of the expedition, which was exposed to unimaginable conditions and challenges in the Arctic: constant ice cracks, the dramatic rise of huge mountains of ice, enormous snow storms, extreme cold, the impenetrable darkness of the polar night, which lasted for months, and the frequent encounters with dangerous polar bears. And right in the middle of all this, the Corona pandemic brings the expedition to the edge of the abyss. Rex captivatingly describes how his research team overcomes the exertions always guided by the goal of shedding light on the processes of global climate change, which is nowhere as pronounced as it is in the Arctic.

Frozen at the North Pole is not only the story of the largest research adventure ever but at the same time a vivid insight into the dramatic consequences of climate change.

The book contains many colour illustrations, including exclusive photos from the expedition, graphics and maps.