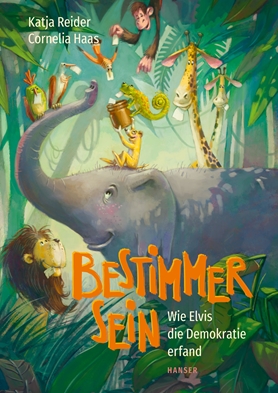 Anyone who thinks that the ancient Greeks invented democracy is hugely mistaken. It was Elvis the meerkat!

Whenever the animals meet in the jungle, they always end up arguing. Who was yelling, who’s been snoring too loudly and who stole the coconut? Who’s been getting into whose hair? Who is allowed to go to the watering hole and when? How can there be peace in the animal world?

The lions aren’t interested in solving this problem. Because they can bare their teeth, they want to decide what’s what. The zebras, on the other hand, have a reputation as vegetarian peacemakers. And the elephants are bigger than all the rest. So, who should govern the land? ç