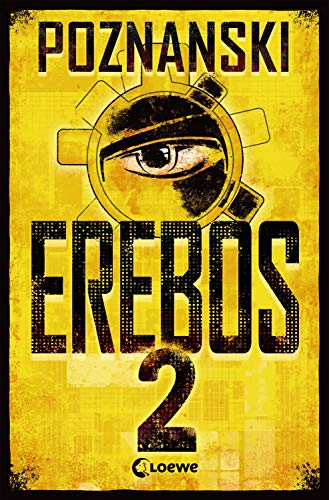 An exceptional computer game tantalizes a group of young students in London.

Nick’s best friend no longer has time for him, attends the school completely tired out like many other classmates and misses their basketball training. Nick and the other (yet) unaffected students don’t know what’s going on: None of the boys and girls who secretly pass on the DVDs talk about the game with non-players.
But then, Nick receives one of the popular DVDs and sinks into a perfectly generated online-adventure. The game is fascinating as it reaches a level of stimulation and illusion that Nick hasn‘t experienced before. Achievements and failures seem realistic, and the game surprisingly knows a lot about him. The virtual world becomes more realistic than the fictitious reality.

Nick receives orders in the game that have to be carried out in the real world. Harmless missions – until he is ordered to mix some sleeping pills in the tea of his anxious teacher. Nick doesn’t follow through with this task and has to realise that another player is supposed to control him. Erebos knows that he has thrown the sleeping pills into a bin. This way, the game finally ends up for him at an early stage because the game (both inside and out) requires a perfect execution of all orders, allowing no resistance.

With the help of Emily whom he is secretly in love with for quite some time and the crazy computer specialist Victor, Nick manages to trick the game and expose an unbelievable story: An ingenious game developer who was betrayed by his competitors and destroyed in his existence created this game with the goal to eliminate his opponents before he committed suicide.
He ordered his own son to distribute the game first but his son was strictly prohibited to play the game himself.

An increasing number of teens from different schools in London are bound emotionally to the game. They receive tiny orders that are, at first, not recognisable as harmful for humans. The virtual world and reality display several parallels, and that is the reason why those chosen for the last order aren‘t able to realise that they are being pushed in a certain direction.

At the last moment Emily, Nick and Victor can finally prevent the game developer’s plan. At the end of the book, the solution falls like scales from Victor’s, Emily’s and Nick’s eyes: The parallels between the game and the real world are neither coincidence nor an aimless gambling but a preparation for the end: The virtual world is an adaption of a map of London, including a map of the tube, and the fortress of the mysterious enemy Ortolan can easily be located as an office building in central London. With this knowledge, they can prevent the players that are still in the game from a real murder.

After the game is uncovered, Nick organises a meeting for all players, aiming for an open exchange about the game and to collect information that might be helpful to realise the original goal of the game in a legal and legit way: The man, who is responsible for the destruction of the game developer’s life, must be held accountable.
The game developer’s son, Adrian, who didn’t play the game according to his father’s will is now confronted with the impressive scenery for the first time as he experiences Erebos together with Victor, Nick and Emily. He is affected because he recognises real places from his childhood and components of earlier games of his father as well. At the same time, he is deeply disappointed of his father who was thinking solely of his revenge but not of his wife and son that have been left behind after his suicide.