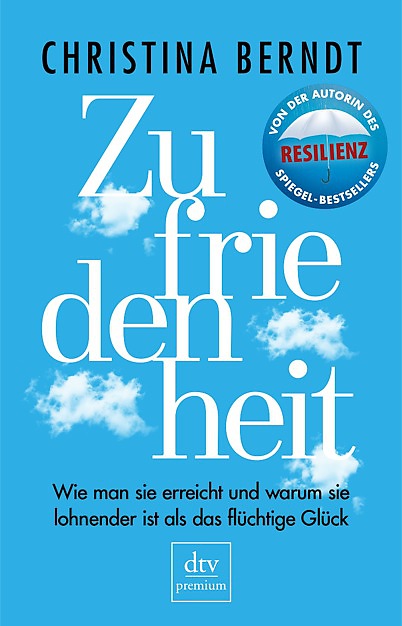 ... a fascinating, comprehensible textbook which encourages us to start thinking about our won mental hygiene. - Der Tagesspiegel

... scientific journalist Christina Berndt explains with many examples what kind of equipment has inherently been provided to some people, and, based on the latest scientific findings explores how this has come to be. - Buchreport

Contentment is a pretty reliable emotion. It may be less thrilling than the euphoria of happiness, but it has the advantage of being a great deal more stable and enduring.

Rooted in a basically positive mindset – a fundamentally lifeaffirming attitude – contentment is governed more by the mind than the heart; it is the result of cognitive processes. This gives it an unbeatable edge: we can influence our sense of contentment far more than the inherently transient feeling of happiness. What’s more, contentment is a wellspring of creativity – and it is a strategy we can learn. It’s just a matter of occasionally dropping some of our aspirations or adapting them to our inidividual preferences. The central question is: what really matters to ME?

Based on sound scientific evidence, this book shows us how to work on our contentment by way of case studies, self-tests and checklists.

Over 180.000 copies sold of her previous title Resilence!