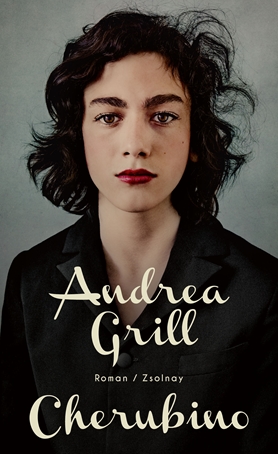 An offer to work at the Metropolitan Opera and the Salzburg Festival – while finding out that she is pregnant with her first child: Andrea Grill has written a powerful novel about a singer torn between her child and her art.

The 39-year-old mezzo-soprano Iris Schiffer is a determined, self-confident woman on the verge of a brilliant career. She is soon to make her debut at the Met as Cherubino in Mozart’s Marriage of Figaro, and also unexpectedly lands a leading role at the Salzburg Festival. But the news that outshines all else is her pregnancy. At first, Iris keeps it to herself, telling neither the two possible fathers nor her agent, especially as the Salzburg premiere and her due date are close together.

Andrea Grill tells the story of a confident woman who only gradually accepts her pregnancy. She takes whatever she needs from the two men around her – the one a tenor, the other a politician. Because what really matters is her and her child.

A strong woman, two men, a pregnancy and an opera career.