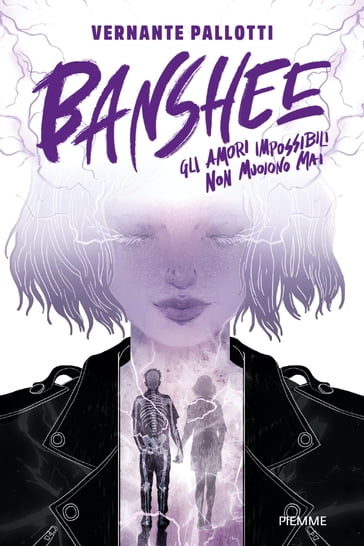 «I believe I’m not human. I’m invisible to most people. The unfortunate few who can see me die»

Zoe is seventeen years old. Unlike many of her peers who feel invisible, Zoe really is invisible. She is a banshee, invisible girls who can only be sensed by those on the verge of death. With no family
and no past, after a terrible accident she can’t recall, Zoe survives on petty theft in Milan. When suddenly Zoe stops being invisible to Damiano, the boy she is in love with, she is faced with a choice:
try to save him, thus breaking every banshee law, or become the leader of her community. An adrenaline-fueled race against time in which friendship, love, and death intertwine against the backdrop of
a ghostly contemporary Milan, where the stakes are much higher than just an impossible romance.

A thrilling, page-turning debut by a sensitive and irreverent new voice, that will keep you glued to the last page.