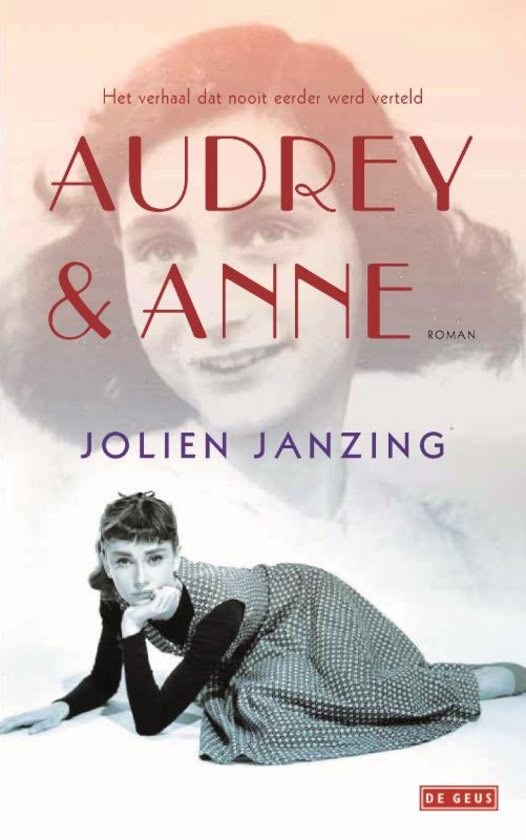 ‘For Brontë fans, Charlotte Brontë’s Secret Love is a definite must-read. For anyone who knows little about the famous sisters, this is a beautiful, historical novel with a warm, beating heart.’ – NRC Handelsblad

‘She plunges you into another time in a way that is almost cinematographic. An experience.’ – De Standaard

‘In beautiful language, befitting a historical drama, she creates a world that you wish to inhabit long after you have finished the book.’ – Happinez

Fall, 1956. Otto Frank pays the young actress Audrey Hepburn a visit in Bürgenstock, a Swiss village, in the hopes of convincing her to play the role of his daughter in the movie The Diary of Anne Frank.

Spring, 1929. Two girls are born who would go on to be world-famous: Audrey Hepburn and Anne Frank. Audrey was born in Belgium to a Dutch baroness and her second husband, a British fortune-seeker; Anne was born in Frankfurt am Main to a German merchant and his wife. Audrey’s parents sympathized with the Nazis and met Hitler in Munich. Anne’s parents were Jewish.

Fate brought both girls to the Netherlands. Audrey’s father abandoned his family and Audrey moved to a mansion in Arnhem. Anne’s family fled to Amsterdam. Elsewhere in Europe, war was breaking out, but they hoped to be safe in the neutral Netherlands. Audrey celebrated her eleventh birthday in a free country, but when Anne turned eleven a few weeks later, Germans were marching through the streets. Suddenly, they were trapped.