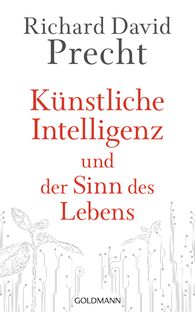 Why our morality defies being programmed by algorithms

As the climate crisis and exploitation of natural resources threaten the very basis of life on our planet, tech companies have set their sights on developing increasingly sophisticated artificial intelligence. Their goal: to create a «super intelligence» that can do everything humans can, only «optimized». They aim to program these machines with morality, although their approach hinges on an utterly inadequate understanding of what it means to be human.

In this urgent essay, Richard David Precht articulates the impossibility of this venture not least because morality cannot be reduced to a line of code. Morality reflects our emotional connections to the world, connections informed by irrational, and thus unpredictable, values. While A.I. advocates program machines to meet the supposed criteria for happiness, Precht demonstrates that what’s most important to humans isn’t happiness – it’s meaning. And meaning represents far more than the sum of happy moments.

Precht therefore argues against the «ethical programming» of computers and robots and highlights examples of what gives humans a true sense of meaning in this world – and what doesn’t. This is the real starting point for successful (co)existence in the twenty-first century, an age in which we must embrace the fate we share, not with machines, but with plants and animals – the antithesis of artificial intelligence!