90 Or the Entire Story of Football in Ninety Games 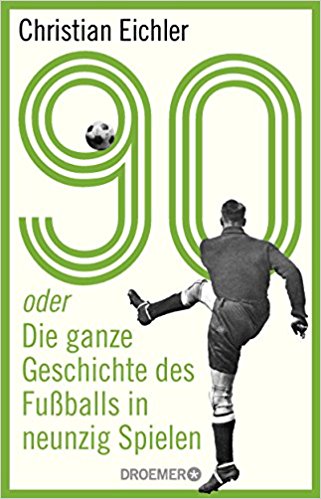 90 Or the Entire Story of Football in Ninety Games

When eleven Brits wrote down the rules of football in 1863, they laid down the foundation for billions of people’s euphoria, despair, passion and love.

Christian Eichler tells this colourful story in 90 exciting games. From the ‘Miracle of Bern’ to the ‘Wembley goal’, to the ‘Champion of the Hearts’ as well as the football war between El Salvador and Honduras – the bloody result of a 3:0 – Eichler portrays them all.

He depicts the ‘Hand of God’ and how individual heroes decide a match, he reports of political manipulations and hooligan hate.

Eichler accompanies football throughout childhood and puberty right up to the years of game perfection.

The ‘Bildungsroman’ of the World’s Biggest Sport.