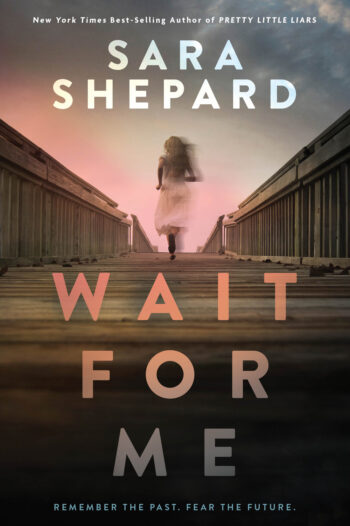 Who is Casey Rhodes? Is she a no-nonsense realist or a hopeless romantic? A just-getting-by scholarship student or a sometimes-Cinderella dating the cool, cultured heir to a media empire and New York City’s most eligible? At seventeen years old and already in her sophomore year at NYU, Casey sheds disguises effortlessly. It’s how she navigates school and avoids the second-guessing that’s plagued her since she and her boyfriend Marcus got together.

But then Casey starts hearing voices that terrify her so badly she flees to the remote beach town of Avon where she can sort through her thoughts and reset. But the voices only get more intense and are now accompanied by visions of places she’s never been and people she’s never met, like Jake who’s lived in Avon his whole life. There’s no way Casey could know him, yet she feels an immediate connection. And, crazier still: he feels it too. Together they search for answers, finding only questions—about their connection, Avon, Casey’s memories . . . And whose voice is she hearing inside her head?