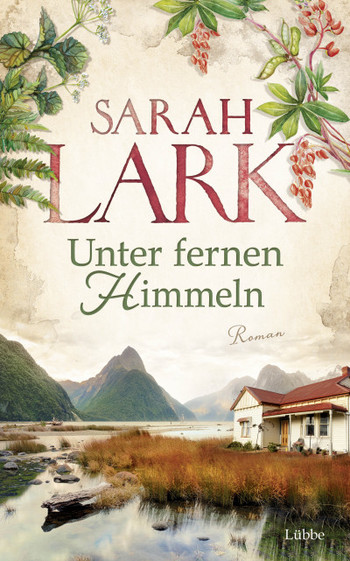 In her new novel, Sarah Lark recounts a dramatic story about an unsolved murder, a missing diary, a
clandestine affair, and an inconceivable family secret. It is highly emotional and plays out against a
breathtaking backdrop. UNDER DISTANT SKIES is set in the presentand in 19th century New Zealand.

The novel centers on the fate of a Maori chief‘s daughter who was kidnapped and forced to become civilized. The story presents a rich array of complications and entanglements that take readers by surprise and prove Sarah Lark‘s masterful ability to narrate grand subject mattersfor women.

Hamburg, today. Stephanie, a German journalist, was born and raised in New Zealand, yet she has lost all recollection of her deceased father and the first years she spent there. Her mother then left New Zealand and returned to Germany with her. Now, a research trip takes her back to the land of her childhood. When she arrives in New Zealand, sheis recognized by a policeman who, 20 years before, investigated the murder she is currently researching. As a six-year-old girl, she was the sole witness found at the site of a family tragedy where six people were killed. During that night, her father also disappeared.
Using the diary of a kidnapped Maori girl, Stephanie is able to build a bridge between the past and the future. She travels throughout New Zealand in order to finally reveal the long kept family secret. Accompanying her is Weru, a charismatic Maori university instructor, who is driven by more than just discovering the truth.