A Call for the Revolution of Economics 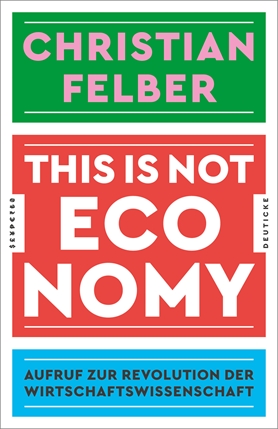 A Call for the Revolution of Economics

This book will plunge economists worldwide into a crisis.

The initiator of the Economy for the Common Good now turns his attention to economics. How can the meteoric rise to fame of economics be explained? What do economics mean and are they justifiable as an independent scientific discipline? Controversial topics for the business world!

“Why did nobody notice it?” Not only Queen Elizabeth wondered aloud in 2008 why the financial crisis seemed to take economists by surprise. Economic faculties are buzzing with activity: students all over the world advocate a pluralist approach to economics. They want to reveal implicit assumptions, hidden value judgements and blind spots, and embed the economy in broader contexts again.

After reviewing the breadth of criticism, Felber poses fundamental questions about the roots of this discipline and where it started to go wrong. And he makes a concrete and consistent plea for holistic economic science. The curricula at universities and business schools can be changed immediately.