The War On Bugs 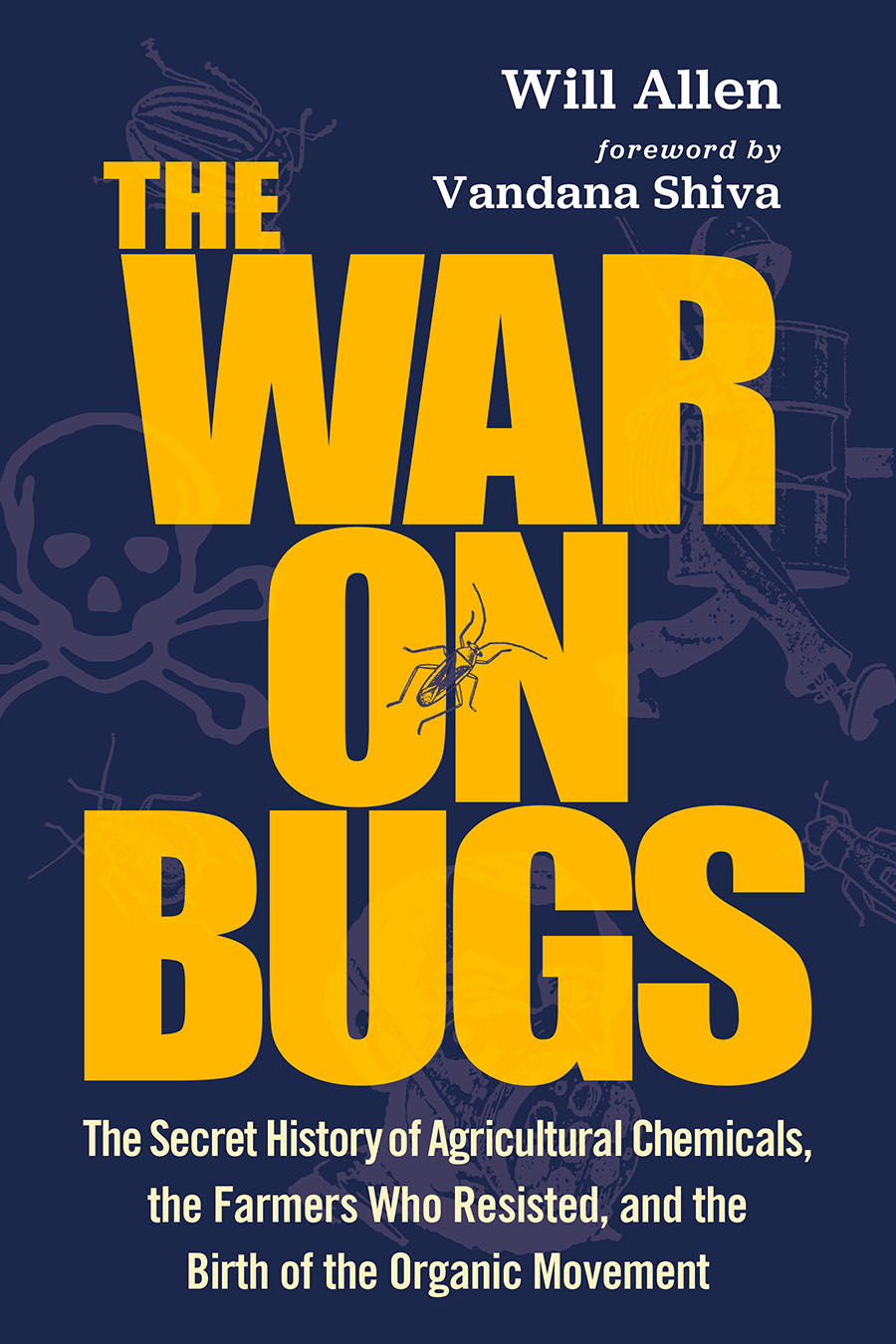 The War On Bugs

The Secret History of Agricultural Chemicals, the Farmers Who Resisted, and the Birth of the Organic Movement

In the early nineteenth century as the American population grew rapidly, demands on crop output increased. Seeing an opportunity to play upon fears from market demand, chemical companies declared war on the vile, profit-sucking, output-wreaking, arch-nemesis of the average American farmer: bugs. With precision, pesticide manufacturers delivered a “shock and awe” media campaign that can only be paralleled to the current blitzkrieg from today’s pharmaceutical companies. Bugs were the threat to the American dream—and there was a cure available to every farmer available in spray, granule, dust, or systemic form that could be applied to any crop.

Will Allen’s The War on Bugs reveals how advertisers, editors, scientists, large-scale farmers, government agencies—and even Dr. Seuss—colluded to convince farmers to use deadly chemicals, hormones, and genetically modified organisms (GMOs) in an effort to pad their wallets and control the American farm enterprise.

When it first appeared in 2008, this groundbreaking “people’s history of agricultural chemicals” was far ahead of its time, and this newly revised and updated edition brings readers up to date on issues, detailing how organic and populist farmers, consumers, and activists have struggled against toxic chemicals in our environment and our food supply.

Echoing the warnings of seminal works on the topic like The Jungle by Upton Sinclair, 100,000 Guinea Pigs by Arthur Kallet and F.J. Schlink, and Silent Spring by Rachel Carson, The War on Bugs shouts that the time to stop poisoning our food, water, air, and ourselves is now!