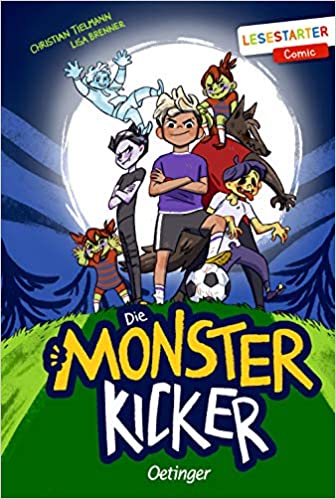 How rotten is that! Bram can’t play for FC Redspike because he’s too small. Standing on the sidelines, Bram meets Drago, who’s also not allowed on the pitch. Drago isn’t an ordinary boy, though; he’s a vampire. He has some friends who are just as unusual as he is, and he and Bram decide to start their own team with them. They call themselves the Pitch Monsters! And even though the briefest exposure to sunlight reduces Drago to dust, defender wolf Lars is not in command of his temper and the monster twins would rather eat the ball than kick it into goal, they end up winning the match against FC Redspike.

Comics are a playful invitation for children to read.

Fantastic pictures with large print for beginning readers in the speech bubbles. 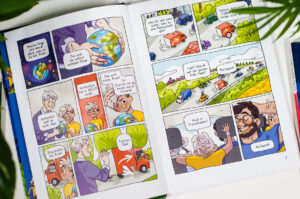 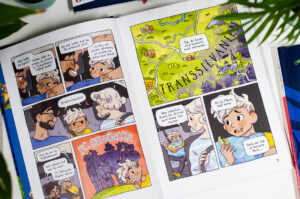