Rape. Aspects of a Crime 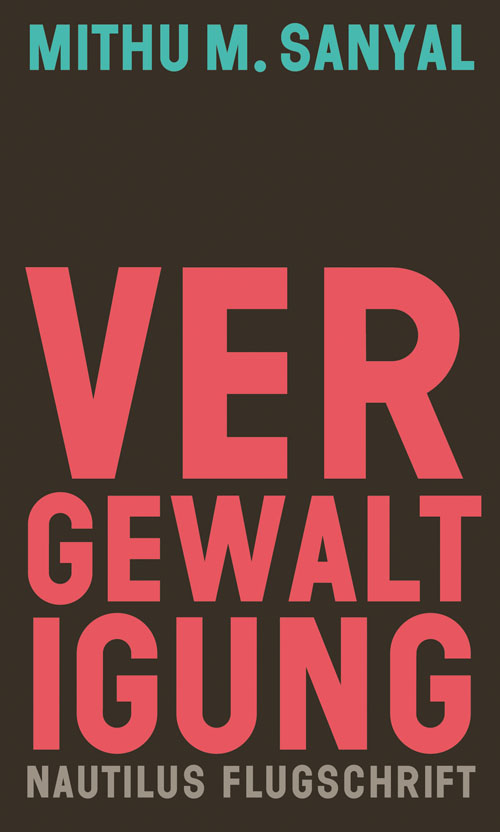 Rape. Aspects of a Crime

New Years Eve 2015/16 in Cologne, Germany. The young woman raped to death in Delhi, India. Jimmy Savile, Roman Polanski, Julian Assange, Dominique Strauss-Kahn – there is no shortage of media coverage and fierce social debate. But why do we speak and think about rape the way we do?
Cultural critic Mithu Sanyal has written the first comprehensive analysis of the crime that shapes society’s attitudes towards gender, race and vulnerability.

While working on the book the assaults in Cologne happened. Germany changed its rape law to
include No means no, Britain implemented Yes means yes. We are witnessing history in the making
and we are part of that change. High time for a new and informed debate about rape, sexual
boundaries and consent. What exactly is a rape culture? Why do we expect victims to be irreparably damaged? Why is it so hard to think of men as victims of rape?

The answers lie in the complex and often mind-boggling history of rape. From Aristotle to
#YesAllWomen, from The Rape of Lucrece to Jodie Foster in The Accused via Foucault and
feminist anti rape activism, insightful, informative and at times even witty, Mithu Sanyal’s book
reveals the invisible thought structures, investigates deep-seated beliefs we hold in connection with
rape and puts forward up to date strategies for ending it.